Prof. Handel Kashope Wright, Director of the Centre for Culture, Identity and Education.
“Paradoxically, it is no secret that the presence of Black BC is something of a secret. In other words Blackness appears to be so underrepresented in contemporary BC (with black people making up only 1.3% of the population and no discernible black ethnoburbs) that many outside and even within the province may be forgiven for thinking there is no Black BC per se and by extension, perhaps there never was a Black BC.”
“In this talk I try to address the persistent “absent presence” of Blackness largely in terms of history but also in terms of geography. More specifically, I take up named (and for the most part, somewhat known) historical figures (Mifflin Gibbs, Sylvia Stark and, if we dare colour him Black, Sir James Douglas) and use them to try to explain the strategy (racist erasure) by which Blackness has come to be rendered almost fully absent from the conception of BC and to assert the contemporary presence of a rich diversity (e.g. in terms of gender, sexuality, diaspora) of Blackness that belies and resists that erasure.”
Watch 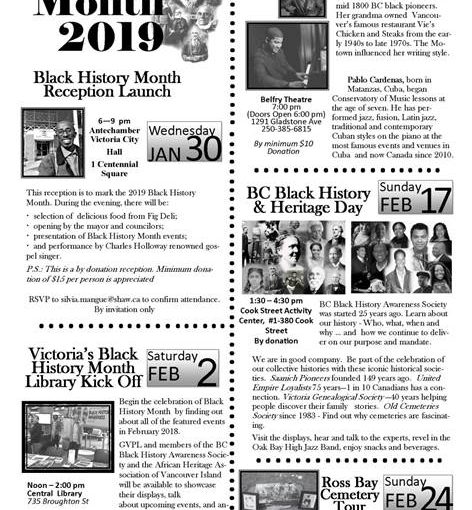 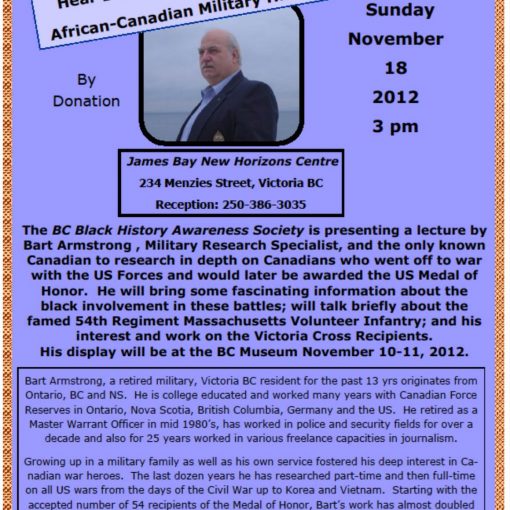 Bart Armstrong, Military Research Specialist. He served in 3 regiments of the Canadian Armed Forces Reserves; after 17 years  service, he retired… 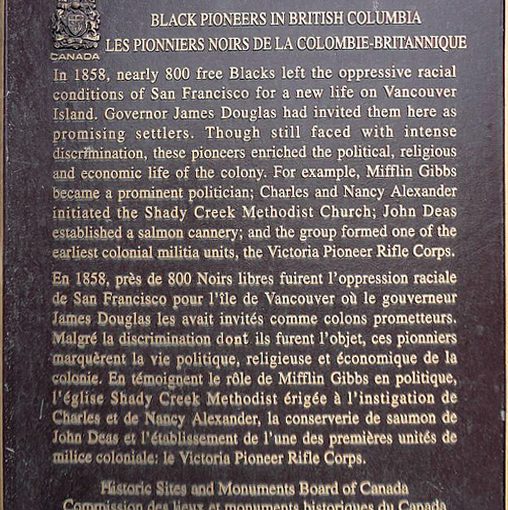 The Historic Sites and Monuments Board plaque (designation date: 1997-09-22) commemorating the arrival of the Black settlers in 1858 as “an event…