Patriarch and Matriarch of Alexanders of Victoria, arrived in Victoria aboard the ship Oregon in July 1858.

Charles was born August 16, 1824 in St. Louis, Missouri. He was a free black. Nancy was born May 25, 1834 in St. Louis, Missouri. She was also a free black. They were married in Springfield, Illinois on December 25, 1849.  Charles was a carpenter who built and ran a grist (grain) mill in St. Louis. He was an excellent speaker and became a minister as well as a farmer and a prospector. Their first child, Martha, was born in 1851; their second, Agnes, in 1854 was stillborn. It was at this time that they decided to leave Missouri and travel west to the gold fields of California.  Their journey began in the spring of 1855. Nancy, Charles and their 4-year-old daughter, Martha, were accompanied by four friends and a guide. They travelled in a caravan pulled by a four-yoke bullock team. The journey took four months.  They followed the Missouri River to the Platte River and then on to Laramie. From Laramie they followed the Sweetwater River to Fort Hall, then down to Great Salt Lake. The Humboldt River took them to Carson Sink, Nevada; then across the Great Divide to San Francisco. Charles was sure they would make the trip safely as he had faith in his bible, his compass and his logbook.  They reached California, footsore and tired. Charles worked in the gold fields but was not very successful. Their first son, James, was born in 1857.  On July 1, 1858, Charles, Nancy and their two children boarded the ship Oregon to Victoria in response to Sir James Douglas’ call for colonists. Victoria was then a tent covered city. They made their home on a site later occupied by the Hudson's Bay Company at the corner of Douglas and Fisgard Streets.

Again, Charles looked for gold up the Fraser River, and this time he was fairly successful. On his return, he built a home for the Finlayson family on Bay Street near Douglas Street. Finlayson Street is named after this family.  In the fall of 1861, the Alexanders moved to South Saanich. The family resided there for 33 years and farmed. During that time, the family increased to 12: Thomas had been born in 1859, Lucretia in 1861, Charles Junior in 1863, William in 1865, Fred in 1867, Henry in 1870, Edward in 1872, George in 1875 (died the same day) and John in 1876.  Charles built the first school in South Saanich and became a trustee. He assisted in forming the Temperance Society. In 1862, Charles initiated and assisted in the building of the first Shady Creek Church and was one of its first preachers.

Tragedy struck in 1890 when two of his sons, James and Edward, went ice-skating at Humbers Pond (brickyard) with friends. It was 9 o’clock at night and dark. James went out on the ice first, before the others were ready. Hearing a shout and the sound of cracking ice and splashing, Edward grabbed the lantern and ran out toward his brother. He, too, was pulled into the icy waters. Searchers tried to find them in the dark but were unsuccessful. The next morning the two brothers were pulled out of eight feet of water, clinging to each other.

In 1894, the Alexanders moved to the Swan Lake district, later changed to the Lake Hill district. Their home was called “Rockabella Gardens,” where they celebrated their Golden (1899) wedding anniversary with many friends and families. They also celebrated their Diamond (1909) anniversary here.  Their 50thNancy was one of the first ladies to join Lake Hill Women’s Institute and was considered to be a valued member. 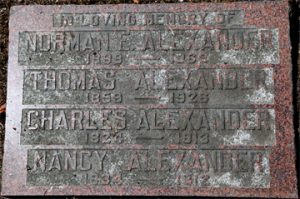 This story was first written by great-grandson James Douglas "Doug" Hudlin and edited by Ron Coleman. Doug was also a founding member of the B.C. Black History Awareness Society.  Doug's story is here. 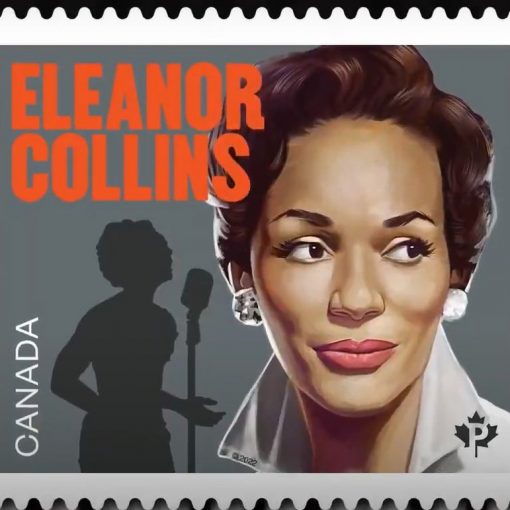