Politician, feminist, writer, educator, lecturer and mother, Rosemary Brown has contributed much to B.C. and Canada including being the 1st black woman elected to a Canadian Provincial Legislature (B.C) and running for the leadership of the Federal NDP Party in 1975. 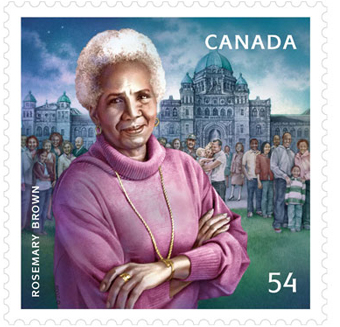 Rosemary Brown has contributed much to her adopted country since she came to Canada from Jamaica in 1950, where she was born on June 17th 1930.

In 1956, Ms. Brown helped in the founding of the British Columbia Association for the Advancement of Coloured People (BCAACP). The BCAACP worked to open up housing and employment to Black people in British Columbia, and for the introduction of human rights legislation in the provincial parliament.
Rosemary was a strong and effective worker for women’s rights in Canada and in the world. Her commitment was constantly demonstrated, both as the “Ruth Wyn Woodward Professor in Women’s Studies” at Simon Fraser University and as a member of the British Columbia Legislature for 14 years. She also held the position of Chief Commissioner of the Ontario Human Rights Commission.

Before that appointment, she was the Executive Director, then special Ambassador of MATCH International Centre, a non-governmental organization working with women in the third world. In 1973, she received a United Nation’s Human Rights Fellowship. She is a founding member of the Vancouver Status of Women Council and was its first Ombudswoman.
In 1988, she was featured in the National Film Board’s documentary, “No Way, Not Me,” a twenty-five minute film addressing issues of poverty among young women.

Ms. Brown received many awards including a Woman of Distinction Award from the YWCA in Vancouver in 1989 and honorary doctorates of Law from several Canadian Universities including Queens, McGill, Dalhousie, Toronto, Victoria and the University of British Columbia. In 1995, she was given the Order of British Columbia and the Ontario Black Achievement Award. She sat on the board of the Canadian Women’s foundation, the Advisory Council of the Global Fund for Women, the North South Institute and Queens University. She was a patron of the National Council of Black Education Trust Fund. She was a life member of the Privy Council of Canada and a member of Canada’s Security Intelligence Review Committee, which is a watchdog for the Canadian Intelligence Services Committee.
In 1996 Rosemary Brown received the Order of Canada.

Her Political Career: In 1972 Brown entered provincial politics as a New Democratic Party (NDP) candidate. On August 30th she won the riding of Vancouver-Burrard, becoming the first Black woman to sit in the Legislative Assembly of British Columbia. She served as an MLA for 14 years; she also ran for the leadership of the federal NDP in 1975; with the slogan "Brown is Beautiful"; she came second to Ed Broadbent and ahead of three other candidates. Brown retired from politics in 1988 to take a professorship in women’s studies at Simon Fraser University.

The Rosemary Brown Award for Women was established in 2004 and is awarded annually recognizing and honouring a BC based woman or organization that promotes the values and ideals which Rosemary Brown championed.

In that same year, Leila Sujir wrote and directed the film "For Jackson - A Time Capsule"; a moving portrait incorporating interviews, family footage and archival materials to recount history through two grandmothers, Rosemary Brown (1930-2003) and Ruth Horricks-Sujir (born 1925). The documentary was intended as a time capsule for Jackson, their 7-year-old grandson.

In 2009 a commemorative stamp was unveiled. 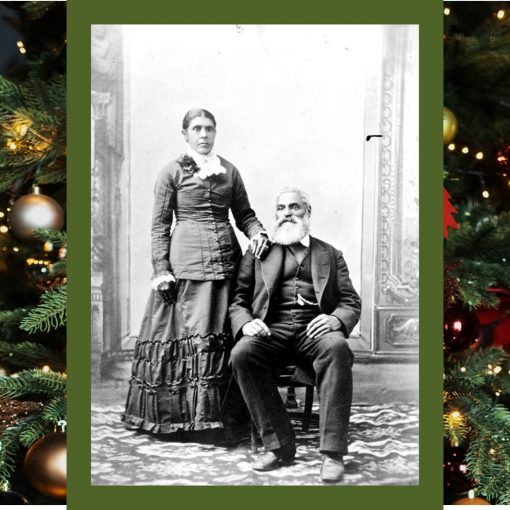