renowned singer, song-writer, recipient of the Order of B.C. in 2009, founder of "Step-Ahead" program for youth which was performed in more than 20 schools in Canada ... 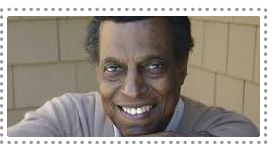 Leon Bibb, born February 7, 1922 in Louisville, Kentucky, is a former New Yorker who has been living in Vancouver, B. C., since 1969. An internationally known performer of the first magnitude, his accomplishments are many and varied. He died at the age of 93 in Vancouver.
His broadway credits include lead singing roles in “A Hand is on the Gate”, “Carnival” and “Lost in the Stars.” He has been featured as singer and soloist with the Alvin Ailey Dance Theatre.
Mr. Bibb played dramatic roles in two films, “For Love of Ivy” and “Lost Man”, hosted his own New York NBC television show and has appeared on numerous talk and variety shows in both Canada and the United States.
Leon Bibb His versatile singing style has taken him from the first Newport Folk Festival in 1950, to coffee houses, folk clubs and supper clubs in San Francisco, New York and Chicago, to concert tours of the United States, Europe and the Soviet Union. He has been guest soloist with the Minneapolis, Louisville, Seattle, New Jersey, Cleveland, Edmonton and Vancouver Symphony Orchestras. 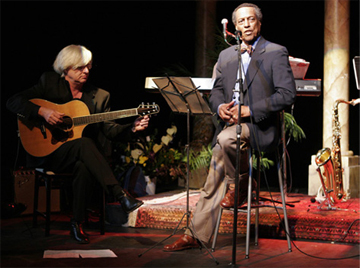 In Vancouver, Leon Bibb is remembered for his 1972 role in “Jacques Brel is Alive and Well and Living in Paris,” which played to enthusiastic audiences for seven months at the Arts Club Theatre. He successfully repeated this role at the Citadel Theatre in Edmonton, Alberta, the Repertory Theatre in Seattle and the Queen Elizabeth Playhouse in Vancouver. In the summer of 1973, he appeared in the revue “Berlin to Broadway” at the Queen Elizabeth Playhouse.
He conceived and performed in “We 3,” a musical revue with Gail Nelson and Stan Keen, which appeared in Vancouver and Edmonton in 1975 and at the Cultural Olympics in Montreal in 1976.
Mr. Bibb performed with Ann Mortifee in the Arts Club Theatre revival of “Jacques Brel is Alive and Well and Living in Paris” in the spring of 1985, and later that year, he joined Paul Soles in Winnipeg and toured in the broadway success, “I’m no Rappaport.”

In 1986, Mr. Bibb was sponsored by Via Rail to produce and direct a shortened version of his choral cantata “One More Stop on the Freedom Train” for showing at the Canada Pavilion during expo ‘86. The cantata was widely acclaimed as a major contribution to the exposition.
Also in 1986, Leon Bibb became the featured singer and narrator for “The Legend of John Henry,” a major part of the repertoire for the famed Dance Theatre of Harlem. The piece, based on the song John Henry, was designed and choreographed by the company’s founder and director, Arthur Mitchell. 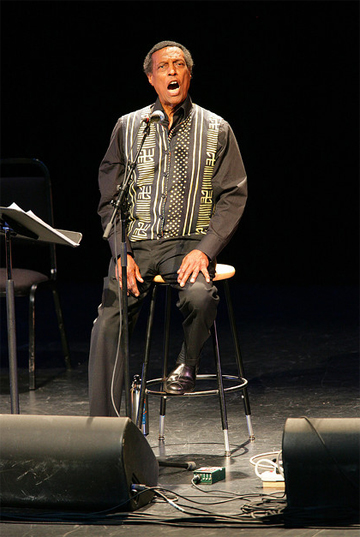 In September 1991, Leon and his son, Eric, performed in concert at the Orpheum Theatre in Vancouver, B.C. Leon’s repertoire included songs previously done over the span of his career, as well as some newly composed works.
Leon Bibb singing In November 1993, Mr. Bibb began a series of concerts and discussions designed to combat racism in the schools. This tour included schools in the Vancouver area, and other provincial communities. On May 16 and 17, 1995 he performed at Victoria High, George Jay Elementary and Central Junior Secondary Schools. On Tuesday, May 18, 1995 Times Colonist said: “Bibb called the chance to work with students “one of the highlights of my career. “
The highlight that Mr. Bibb referred to is a program he devised in 1992 called “A Step Ahead.” It was first performed at North Central Secondary School in Surrey, B.C. and since then has been performed in more than 20 schools in Canada. Through a unique use of drama and music, students are exposed to the cloudy and uncertain world of race relations. They learn how to think, and not what to think. They analyse the evolution of attitudes and myths surrounding various racial groups, and how they have come to shape the current views held in today’s society. Through this analytical process they are able to make objective decisions and form opinions about the multicultural and multiracial society that they live in.
In 2009 Leon Bibb was appointed Member to the Order for British Columbia and in 2011 he received the honorary degree of doctor of letters from UBC.
His last public performance, sponsored by BCBHAS, was on Feb 7, 2014 which was also his 92nd birthday. The performance was part of the 2014 BC Black History Month celebrations put on by the Society. "We did this fantastic show" Sample said. (Bill Sample was his long-time pianist and musical producer). "It couldn't have been better planned. We played in Victoria at Government House, just he and I. We were piped in no less and the Lieutenant-Governor introduced us and Leon sang his ass off in front of a huge crowd ..."

… Echoes Through the Black Continuum