John and Charlotte Dandridge arrived in Victoria in 1858. John Dandridge is one of the men who applied for citizenship in 1858.

In 1860 they were joined by their daughter, Sydna Edmonia Robella, her husband Abner Hunt Francis and their daughter Theodosia, age about 16.

John, with most of the financing from his daughter and son-in-law built this house. Original location was on Johnson Street; then circa 1897-98 moved to Rudlin Street.

Following a major restoration project, the home received heritage designation in 2003. More about “The House That John Built” and what the current owners have to say.

John Braithwaite was first elected to North Vancouver City Council in 1972. He served on council until 1976, then took a brief… 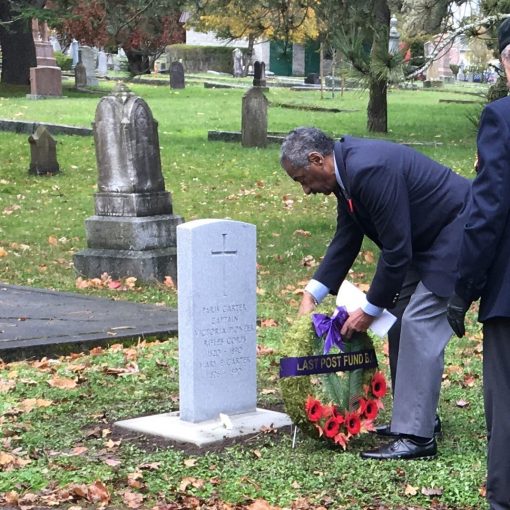 On the evening of April 14,1858 at the African Methodist Episcopal Zion Church in San Francisco, the Black community were celebrating the…

Dorothy Hewitt was of Jamaican ancestry, married to a white man who taught English at Shawnigan Lake Boys School, Vancouver Island. It…