“By the end of the Civil War, roughly 179,000 black men (10% of the Union Army) served as soldiers in the U.S. Army and another 19,000 served in the Navy. Nearly 40,000 black soldiers died over the course of the war—30,000 of infection or disease. Black soldiers served in artillery and infantry and performed all noncombat support functions that sustain an army, as well. Black carpenters, chaplains, cooks, guards, laborers, nurses, scouts, spies, steamboat pilots, surgeons, and teamsters also contributed to the war cause. There were nearly 80 black commissioned officers. Black women, who could not formally join the Army, nonetheless served as nurses, spies, and scouts, the most famous being Harriet Tubman who scouted for the 2d South Carolina Volunteers.”

Source: Black Soldiers in the U.S. Military During the Civil War 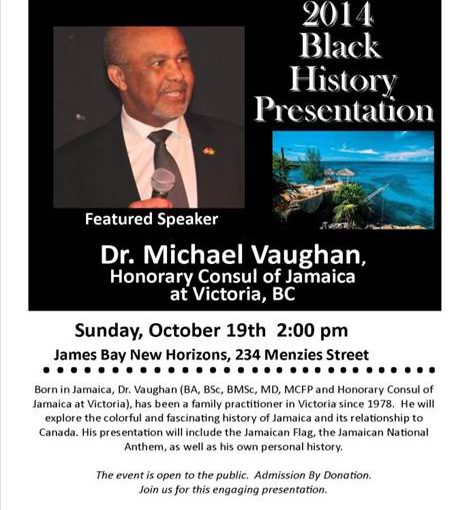 Born in Jamaica, Dr. Michael Vaughan, BA, BSc, MSc, MD, MCFP and Honorary Consul of Jamaica, has been a family practitioner in…

*This was the story in the Province newspaper on Page 1. *The couple, the Cromwell’s, had received a letter signed Mrs. J.J.…