"Worlds Within: Diverse Histories, Identities, and Experiences of Black People of African Ancestry in British Columbia" is an output of the African Ancestry Project highlighting the diversity of Black people in BC. It shares our stories in our own voice by centering stories of over 160 project participants.

“We hope this resource will inspire dialogue around emergent themes and issues including multiculturalism and anti-racism and contribute towards positive social change. The report will be a resource for everyone in British Columbia, and particularly Black communities and those engaged in work around multiculturalism and racial equity. Understanding and acknowledging the diversity of the Black communities is an important step towards building authentic connections. The report will also form part of our historical records.” Alice Mũrage, project lead and author

This project is facilitated by Alice Muthoni Mũrage in partnership with BC Black History Awareness Society. It is funded through the B.C. Multiculturalism Grant, the UBC Partnership Recognition Fund, the SFU Community Engagement Initiative, and contribution from the SFU African Studies Working Group and the SFU Labour Studies Program.

The project became operational in February 2020 beginning with the research component of the project. Research was conducted through a survey, interviews, and focus group discussions until the end of December 2020. Line of inquiry was around participants’ histories, identities, and experiences in British Columbia.

The survey allowed for a quantitative data collection that gave context to the stories that were shared through the interviews and focus group discussions. The survey was completed by 162 people of African ancestry; 40 survey respondents further participated in five focus group discussions and 18 interviews. We are deeply grateful to those who took the time to participate and share their stories.

These stories were woven together in a report to give a glimpse of the vast diversity of people of African ancestry.

Preliminary findings were shared in the African Ancestry Dialogue event held in February 2021.

A community review was conducted between September and October 2021 to seek feedback on how the report resonated and to ensure that shared stories were interpreted and presented as intended. 40 reviewers (including participants of the African Ancestry Project and other community members) shared their feedback through six focus group discussions and two interviews.

*If you would like a printed copy of the report for yourself or your organization, please contact African ancestry project by April 15, 2022 via email

*A presentation of key themes explored in the report, Alice Mũrage, project lead and author.

*“Project highlighting diversity among those with African ancestry in B.C. draws attention to experiences of Black workers” SFU interview January 11, 2022 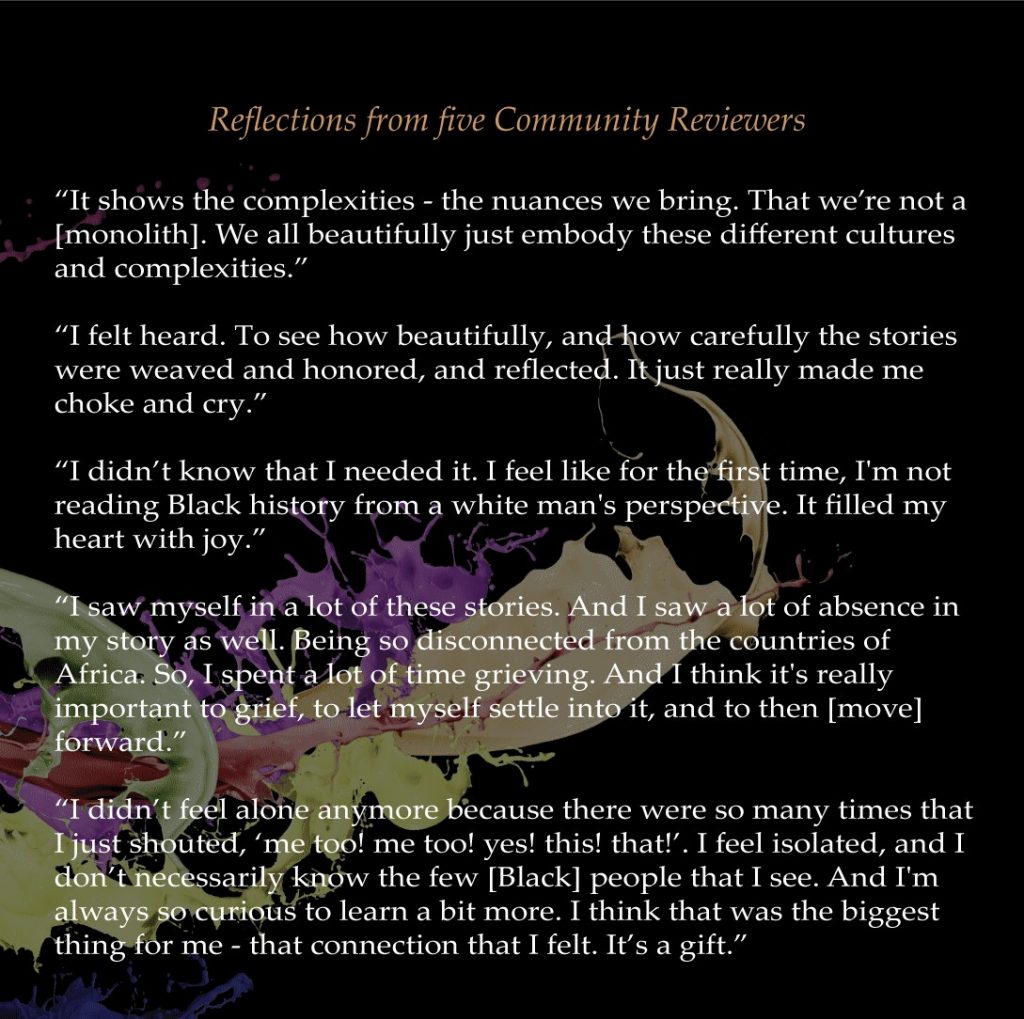